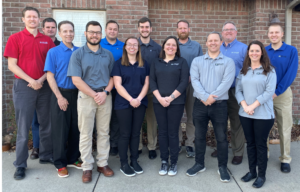 Laurie has her Elementary Education degree and worked in the Medical Education field for 12 years prior to joining Miller Engineering in 2011.  As the Office Manager for Miller Engineering, Laurie handles all accounting and human resources.  She loves the tight-knit group of employees she works with and the team environment displayed every day.

She has two kids with her husband Travis.  They keep them busy with their high school activities.  She loves attending their band competitions, volunteering in Boy Scouts and Venture Scouts, and just watching them grow up. Michael started his education at Missouri State University, majoring in biochemistry and music, and finished with a degree in Engineering Design and Drafting from Idaho State University.  He is a longstanding member of the Construction Specifications Institute.

Michael got an early start in the construction industry; he started out holding a surveying rod for his uncle’s fledgling business at the age of 13.

Thoroughness, efficiency and correctness, together with an unparalleled eye for detail and insight into our structural designs, are Michael’s specialty.  His inherent sense of humor combined with a serious work ethic gives collaboration with clients, consultants and contractors a unique and satisfying experience.  Knowing that he has successfully completed several thousand projects and has over 25 professional years in the engineering field, clients, consultants and contractors can be assured that their project is in capable, skilled and competent hands.

Church, time with family and friends, travel, antiques, cooking, biking and kayaking are his passions in his personal time. Andy Coleman has been with Miller Engineering, P.C. since 2011. He was born in Wichita, Kansas and moved to Springfield, Missouri at the ripe old age of 3.  After graduating from Parkview High School in 1993, he began studying geology at Missouri State University on an academic scholarship.

Upon receiving his B.S. in Geology he went to work for the Army Corp of Engineers, Louisville District, in the Environmental Engineering Branch.  The relative slow pace of federal employment was not for him and he returned to Springfield to be closer to family and start a construction business specializing in new homes and remodels.

Andy focuses primarily on residential and commercial structural design services.  He is skilled in 3D structural modeling and analysis.  In addition, he performs structural forensic investigations.

Andy enjoys spending time with his family on the river and restoring his historic home on Walnut Street. Lana joined Miller Engineering in July of 2015 as a drafter and forensic investigator in addition to handling the front office reception.   With a strong background in customer service and legal processes, she provides an organized, professional, and structured office environment while also assisting the Miller team from a technical perspective in the production department.  Her professionalism and charisma provides our clients with an unparalleled experience, whether on the phone or in person.  She brings forensic experience to our team in Manufactured Home Foundation Inspections for HUD/FHA & VA lending requirements.

She has 6+ years of experience in the structural engineering field, beginning with her training as an intermediate drafter at ARIS Engineering, Inc.  Lana was promoted to Office Manager and Forensic Investigator for ARIS in 2013, assisting on numerous Manufactured Home certifications and 203K consulting inspections.   As office manager for ARIS, she was responsible for all daily business activities, and continued to develop her abilities in technical reporting and contract administration.  She is a 2017 graduate of the Associates Degree of Science in Design and Drafting Technology program at Ozarks Technical Community College and is experienced in multiple versions of AutoCAD, Revit and Inventor software. Justin joined Miller Engineering in May of 2016 as an Engineering Intern. He was the first recipient of the Miller Engineering Bridging the Gap Scholarship and had a total of four internships through the program. Justin graduated with his Bachelor’s Degree in Civil Engineering with a structural focus in the Missouri S&T Co-op program in partnership with Missouri State University in the fall of 2019. Justin has experience in concrete and steel construction as well as AutoCAD and structural design experience.

During his spare time, he enjoys spending time with his family, being outside with his dogs and going on runs with his wife. Cory began working with Miller in September of 2016 and works alongside Paul in our Building Enclosure Department while also preforming structural design and production for the firm’s licensed engineers.  He was born in Quincy, IL and raised in Hannibal, MO, a town just off the Mississippi River.

He graduated with an associate degree from Moberly Area Community College in 2012, a Bachelor of Science degree in Geological Sciences from Mizzou in 2016 and is currently perusing a Civil Engineering degree with an emphasis in structural engineering through the Missouri State/ Missouri S&T Cooperative Engineering Program. He is expected to graduate in the spring of 2021.

While acquiring his earlier education, Cory gained essential knowledge in the construction industry while he worked for his father’s local construction business back home as well as through various internship opportunities related to wastewater and geotechnical engineering.

In his free time Cory enjoys playing guitar and spending time with his wife and daughter. Dylan joined the Miller Engineering team in May of 2017 as an engineering intern and accepted a full-time position as a Structural Designer and Forensic Investigator following his graduation in May of 2018. He holds a Bachelor’s Degree in Civil Engineering with a structural focus from the Missouri S&T /Missouri State University co-op program. Dylan handles complex design projects and performs structural inspections in the field. Dylan has experience in AutoCAD, Revit and multiple structural design programs. He also serves as the firm’s software specialist.

In his personal time, Dylan enjoys spending time with his wife, mountain biking, hiking, and playing his guitars and drums. Shane joined Miller Engineering in August of 2017 as a drafter and forensic investigator. Prior to working with Miller Engineering, he owned his own construction company.  With 30+ years in commercial & residential construction, he brings a builder’s perspective to the Miller production department. His experiences in the construction field give him an ability to communicate clearly, in a manner builders understand.

Though new to the structural engineering field, Shane is excited to bring his construction background to the Miller production team.  He obtained his Associates Degree of Applied Science in the Drafting & Design Technology program at Ozark Technical Community College in 2016 and is experienced in AutoCad, Revit and other CAD design software.

In his free time, he enjoys spending time with family, Oklahoma Sooner football, woodworking and cabinet-making. Aleksey joined Miller Engineering in April of 2018 as a Forensic Investigator and Structural Designer. With 8 years’ experience in the construction industry, along with his desire and drive he is a great addition to the Miller team. Aleksey graduated from the University of Portland in May of 2010, with a Bachelor of Science in Civil Engineering. Aleksey is extremely excited to bring his experience and knowledge to the team, and he shows it daily. He came to us with experience in AutoCAD. He spends most of his time in the field doing various inspections.

In his free time, he enjoys spending time with his family, working out, and working with honey bees. 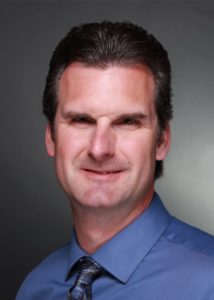 He attended the University of Wisconsin in Madison where he successfully completed all the requirements for certification as an accredited Building Enclosure Commissioning Process Provider and earned the designations of BECxP. He became certified as a Quality Assurance Observer through the RCI certification program and earned the designation of QAO. He conducts thermography surveys and is a Certified Level 1 Building Science Thermographer.

Paul currently serves as vice-chair for the Ozarks Regional Chapter of the Building Enclosure Council. He is also a board member of the Mid America Chapter of RCI. Since 2016 he has been an associate guest speaker for Drury University School of Architecture. By remaining involved in the Building Enclosure, Design and Construction industries, he is better able to help educate others. This not only benefits his clients but benefits the industry as a whole.
His knowledge and passion for building science drives him to help his clients obtain a high level of design and construction excellence.

In his free time, Paul enjoys spending time with his family, volunteering at non-profit organizations and doing home improvement projects. 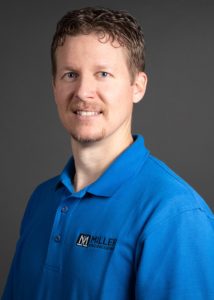 Jared joined Miller Engineering in June of 2019 as a licensed Structural Engineer. He has over 12 years of engineering experience and is licensed in multiple states.

Among the wide variety of projects for which Jared has performed a vital role are wood-framed multi-story housing, tilt-up concrete warehouses, structural steel commercial buildings, masonry buildings, and post-tensioned concrete parking/podium structures, along with a variety of remodels and additions to these types of buildings. Applications include residential, commercial, industrial, education, military, and amusement type structures.

Buildings are more than numbers on paper to Jared. He wielded a nail gun before a calculator as a construction worker during his high school and college years. This hands-on experience gave Jared an edge in the industry when he graduated from Utah State University in 2006. Following graduation, he immediately began designing structures in a professional office.

Jared also has experience working in other disciplines of engineering including general civil design and geotechnical investigation.

This broad experience provides Jared with a strong foundation for a lifelong career in structural engineering. By understanding the disciplines and trades involved in the construction process, Jared is better prepared to meet the specialized needs of each client’s projects.

Jared’s passion for buildings spills over into his free time. He is an avid woodworker and is currently exploring the art of blacksmithing. When he isn’t busy in the office or the workshop, you can find him enjoying adventures with his family in the outdoors.